Dr. Curtis L. Lewis is an accomplished education management senior executive, a former K12 school leader, and veteran educator with over 20 years of experience. In 2015, he had a vision to galvanize his educational accomplishments, years of experience, and network of educators to marshal in a new organization with the primary goal of recruiting, retaining, and developing Black male educators to improve educational outcomes for urban youth. Black Male Educators Alliance (BMEA) evolved into a collective of educators, mentors, community leaders, and other professionals who believed that strong Black male educators were essential to transforming the education system. Recognizing that there are institutional impediments to diversity in the education profession, BMEA’s mission is to develop effective culturally responsive educators who cultivate learning partnerships and grow independent thinkers into change agents for their communities. This mission is achieved through annual fellowships designed for mentoring and further developing classroom teachers and school leaders, local and national school partnerships, and quarterly and annual events, initiatives and convenings; augmented by BMEA’s Liberated Learners framework.

Curtis served for 15 years as an elementary, middle, high, and alternative school classroom teacher and instructional coach for the Lansing Public Schools District. As a graduate student, Lewis coordinated an intervention program for first time youth offenders and was Director of a mentoring program for young males of color in Lansing, Michigan. He also served as an adjunct professor in the teacher education programs at Michigan State and Madonna Universities, as well as the University of Michigan. Additionally, Dr. Lewis spent several years coaching early career teachers in Detroit Public Schools as well as charter entities in the City of Detroit through an alternative teacher training program before joining the Public School Academies of Detroit (PSAD), which manages 10 schools in the heart of the City. During his tenure, Dr. Lewis was well regarded as the founding Principal of Henry Ford Academy: Elementary, and the Turnaround Principal for the HFA: School for Creative Studies Middle & High. He later joined the organization’s education management company, Detroit 90/90 as the Executive Director of Curriculum, Instruction & School Culture. Dr. Lewis concluded his K12 career as the Chief of Teaching & Learning with Detroit 90/90 and U Prep Schools at the end of the 2021-22 school year.

He credits his educational experience at Michigan State University (MSU) for developing and cultivating a strong foundation in teacher development and math curriculum and instruction, and earned all three of his degrees from MSU: Bachelor’s in Elementary Education, Master’s degree in Curriculum and Instruction, and a Doctorate of Philosophy in Education Policy and Curriculum Teaching.

Dr. Lewis has presented his research findings in urban education at a host of conferences, most notably the American Education Research Association (AERA) and Piaget Society Conference. His published works include a chapter in “Mentoring African American Males: A Research Design Comparison Perspective” (2014). Most memorable however, was a convening he attended with former Secretary of Education Arne Duncan, and senior U.S. Department of Education officials for two days of learning and advising at the White House, as part of the Principals at ED effort.

He departed the K-12 space to return to his passion of preparing emerging educators full-time, as an Assistant Professor in the Department of Teacher Education at his alma mater, Michigan State University. He has also expanded his ongoing consultative work to NYU’s Metropolitan Center for Research on Equity and the Transformation of Schools.

Dr. Lewis’ indelible mark as a leader – from his infectious laugh and jovial spirit, to his “warm demander” approach to developing high expectations and equitable experiences for all children, staff, and families – remains in every school, community, or educational entity he has touched. He always leaves a place better than he found it; and he remains  committed to dismantling anti-intellectualism in public education, and improving educational experiences for Black and brown youth across America. 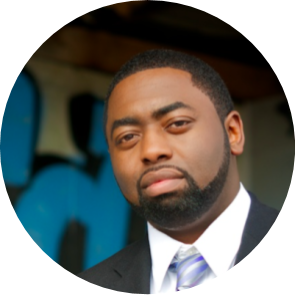